Your Guide to Cycling

Cycling is one of the most exciting sports to watch. Like most sports, cycling features unique terminology. Although there is one winner in a cycling competition, cycling is a team sport, and the win is a result of, and celebrated by, all the team members. Every cycling team has members with different strengths and weaknesses in the sport. Based on the type of race in which the team is participating – such as a cross-country, hilly race versus a flat, short course – the team decides which member is most likely to win.

The Easton Twilight Criterium is a short, relatively flat course. Teams will determine their best sprinter is most likely to win. The other team members then take efforts to “protect” their sprinter. For example, the team may form a pace line (see below) and allow their sprinter to draft the majority of the race, reserving his energy for the final sprint. If their team member is ahead, the rest of the team members will get in the way of the other riders to slow down the main field.  The “protected” team member improves his chances to win significantly with a good team that can implement these different cycling strategies. Below are questions you may have about the bike and a list of the most commonly used words and phrases in the sport of competitive cycling.

Why do they ride together in a pack?
It’s all about speed. Pros will average 30mph and this creates a huge wind draft, like with race cars. Sitting in the back of the pack takes less energy, where the riders in the front use more energy. The objective is to save as much energy for the end of the race and the sprint finish.

What do the colored jerseys mean?
Most of the riders belong to teams and when you see the team jerseys together in the pack, especially with the pros, the teams are working together in the race taking advantage of tactics – like speeding up, slowing down, creating a breakaway.

What is a breakaway?
When riders jump off the front of the pack and create a distance between the pack where the pack riders can’t draft off of the riders off the front. This can create a new smaller pack that rides at a faster pace to get away from the larger pack behind them.

Where is the best place to watch the race?
If you have the opportunity, move around the course and see how the riders move around on the straightaways and then dive single file into the turns. Eventually the focus is at the finish line area where the end of race sprints take place where speeds in excess of 40mph can be reached.

What happens to riders that fall off the back of the pack?
Riders can keep racing to try and get back into the main pack of riders, but if they fall too far back and get lapped, they are removed from the race.

What if a rider falls or has mechanical problems?
Riders can get back up and get a new bike. Officials determine the cause and type of mechanical failure, and riders are given one free lap to continue racing. With five laps to go there are no more free laps.

Are there spectator safety issues to consider?
Yes, as you will see, bike racers go very fast and the bikes are incredibly quiet so you have to be careful crossing the street. ONLY CROSS AT DESIGNATED CROSS WALKS. Marshalls will tell you when it is safe to cross the street. Riders go very fast through corners and very close to the barricades. Be careful leaning over the safety fencing, especially taking photos/videos and do not hang anything over the fence. NEVER move or climb over the fencing to cross streets. You put yourself and the riders in danger by doing this.

Attack: A sudden attempt to get away from another rider.

Blocking: When a rider tries to get in the way of other riders, usually done as part of a team strategy to slow down the main field when other team members are ahead in a breakaway.

Breakaway: A rider or group of riders who have separated themselves ahead of the main pack.

Bridge the Gap: When a rider or group of riders is attempting to reach a group farther ahead.

Chasers: Riders who are attempting to “bridge the gap” to catch the lead group.

Criterium: A multi-lap event on a course usually a mile or less in length and of medium total distance, usually 25-75 miles. (Easton Twilight Criterium)

Drafting: Riding closely behind another rider, in an air pocket called a “slipstream.” The lead rider expends up to 30 percent more energy than the following rider does.

Drop: To leave another rider or riders behind by attacking. Losing contact with the group in which they are riding will drop fatigued riders.

Echelon or Pace Line: A line of riders taking orderly, staggered turns at the lead so that each rider will get maximum protection from the wind (see drafting).

Field or Pack: The main group of riders, also known as the “pack,” “peloton,” or “bunch.”

Field Sprint: The final sprint between a group of riders, not necessarily for first place.

Force the Pace: When one rider goes harder than the pack to increase the tempo.

Gap: The distance between individual or groups.

Jump: A sudden acceleration, often at the start of the sprint.

Kick: The final burst of speed in a sprint.

Lead Out: An international and often sacrificial move where one rider begins a sprint to give a head start to another rider (usually a teammate) on his rear wheel, who then comes around at an even faster speed to take the lead.

Pull: To take a turn at the front and create a windbreak for the other riders in the pack.

Pull Off: To move to one side so that another rider can take a turn at the front.

Pull Through: Move to the front of a pace line, from second spot, after the lead riders swings off to the front.

Sitting In: When one rider refuses to take a pull and create a windbreak for the group in which he/she is riding. A derogatory term is “Wheel Sucker.”

Sprint: A sudden burst of speed for the finish of a race involving more than one rider.

Brought To You By: 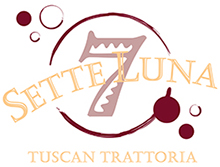